1672. Off the coast of Greece, a band of former slaves led by Captain Peter Wolf and his first mate Monastir, mutiny against their slaver Captain Annetti, and seize a Venetian ship called the Salty Dog carrying a cargo of salt. They force Annetti and the Venetian captain Ivanich to walk the plank, and are rid of them. They decide to sell the salt in Cyprus and take their freedom as privateers under the flag of Tunis.

Onboard is the Bavarian ship owner's daughter, Sissy Ortenburg, haughty and spoiled, who rebuffs Wolf as a pirate. They sail for Cyprus where Sissy becomes an object of desire for the Governor of Famagusta who kidnaps her, imprisons the crew of the Salty Dog and steals its cargo. Breaking out of prison, Wolf and his men free Sissy but kill the Governor in the process. As they flee for Tunis, Annetti and Ivanich (who is in love witth Sissy), rescued by fisherman, arrive in Famagusta and cheat a captain of his ship and crew, then give chase to the Salty Dog.

In Tunis, Sissy is sold to the deputy Pasha Uzan Bali in the market to buy provisions for the Salty Dog's crew, but Wolf relents, and plots to break into the Pasha's palace and steal her back. However, the Pasha is kept hostage by Bali, and arrests Wolf and Monastir and sends them to work on a chain gang. Meanwhile Annetti and Ivanich show up and demand an audience with the Pasha. They are rejoined with Sissy, but Bali has Sissy serve poisoned food to the Pasha who dies and is replaced by Bali.

Wolf and Monastir once more escape and try to rescue Sissy, but they are re-arrested and sentenced to hang with Annetti and Ivanich who are double crossed by Bali. On the scaffold, the salty Dog's crew stage a bombardment of the palace, kill Bali, free Wolf  and Monastir, but steal the Pasha's treasure. Annetti and Ivanich escape to their ship with Sissy.

Wolf and Monastir, having failed to reach the Salty Dog, escape on horses pursued by the palace guard. Cornered, they negotiate a truce and back the senior officer of the guard as the new Pasha in exchange for commanding the Tunis fleet and returning the Pasha's gold.

In a final showdown with Annetti and Ivanich at sea, the crew of the Salty Dog take Annetti's ship and make him and Ivanich walk the plank again. Wolf is reunited with Sissy who now enjoys the pirate life, and the sail into the sunset. 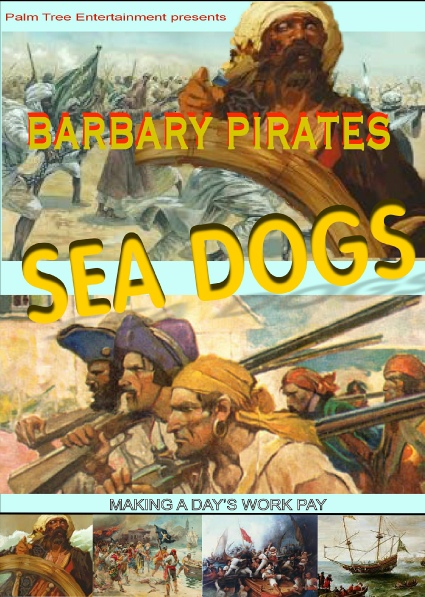