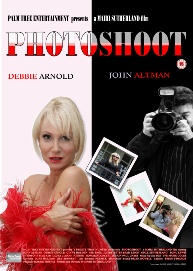 Wayne Wilson is a promo paparazzi who has gained his reputation by stalking his celebrity subjects. Feted by an editor who needs his skills to increase the circulation of her magazine, he goes on a spree of photographing footballers, models and rock stars, but does not follow his brief.

Eleanor, the editor, is not impressed. To get him to make amends, she sends him to photograph the reclusive actress May Hudson, who has not been photographed for years. He soon discovers that he cannot get her picture in the conventional manner as she never leaves her Buckinghamshire mansion.